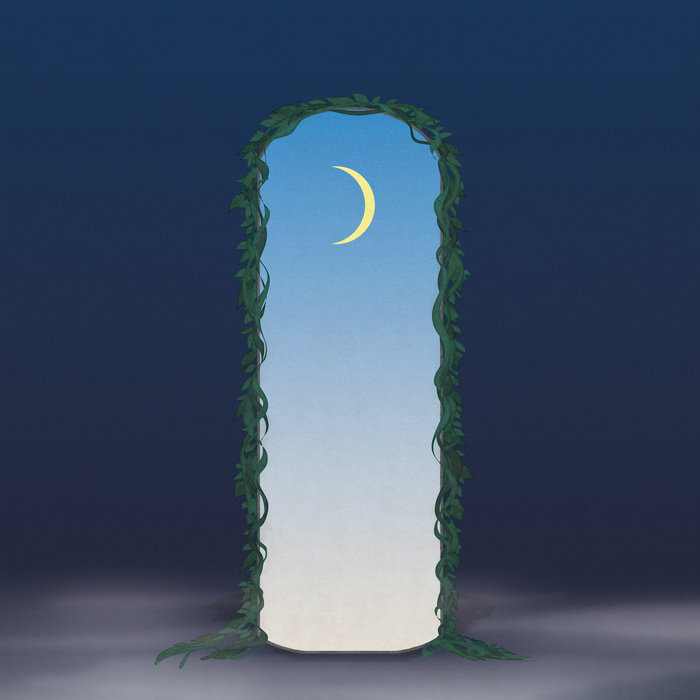 a doorway inwards, towards sharing one’s space of peace.
'realm of twilight' is a transmission among two friends
exploring the precipice.

channelers is sean conrad, an oakland based spiritist of personal devotional music through the aesthetic lens of minimalism and essentialized sounds. the sound palette laid forth on channelers’ twelfth release is of mostly synthetic tones, with touches of the organic, as a means of tapping into extra-dimensional possibility while grounding within the current. in addition to his work as channelers, sean also runs the phenomenal inner islands label, releases transcendent music as ashan, and plays in the band skyminds.

ki oni is chuck soo-hoo, a los angeles based communitarian who can often be found sculpting exquisite blossoming loops into cascading waves of bliss. on realm of twilight chuck delivers us a set of emotional dance music and heady club edits for the afters, reflecting the orange hues of our late night drives through the city of angels. in addition to his work as ki oni, chuck is the donations + membership services manager at dublab, runs their online shop, and co-hosts the essential contact wave with chris kissel.