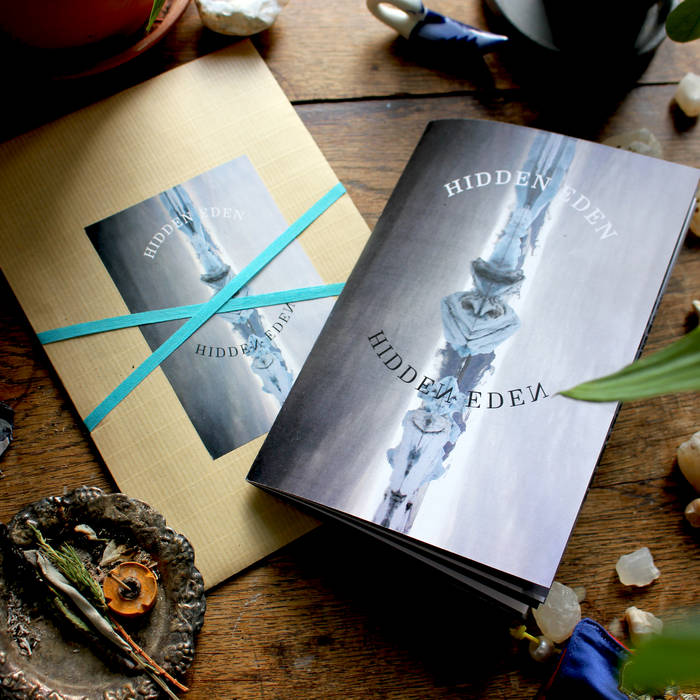 HIDDEN EDEN is a short film (33:42) written, directed, filmed, and produced by lush agave and wild anima during residency at the fish factory creative center in stöðvarfjörður, iceland over the summer solstice of 2018.

through music and poetry, the film explores the concept of an 'ecology of emotions' and shepherds the viewer on an inner journey through the secret garden of creativity as put into frame by the natural landscape of iceland.

the accompanying zine, designed by artist cody sarabia, contains the lyrical exchange held in preparation for this residency and pairs this prose with photos and illustrations from the journey.

hidden eden is thus an intermedia dialogue, a collaborative journal, and a process of exploring our physical and emotional natures in right relations with the earth's landscape.

we give thanks to the lands of the Seminole, Timucua, Tongva, Tsalaguwetiyi, and Nisqually peoples for nurturing the formation of this project.

the film HIDDEN EDEN will be released free-to-stream on march 19th.
all purchases of the zine or soundtrack will include the option to download, and all funds directly support the artists.

this is a co-release with sacred sea records.
european friends, please order locally through them.
sacredsearecords.bandcamp.com

lush agave is alisha erao, based in los angeles
wild anima is alex alexopoulos, based in berlin